The division between rocky coastline and the sea in this photo showcases the habitat of these Ruddy Turnstones, while also making them stand out. Also, you can imagine them being camouflaged, but they aren’t actually hidden in the photo. 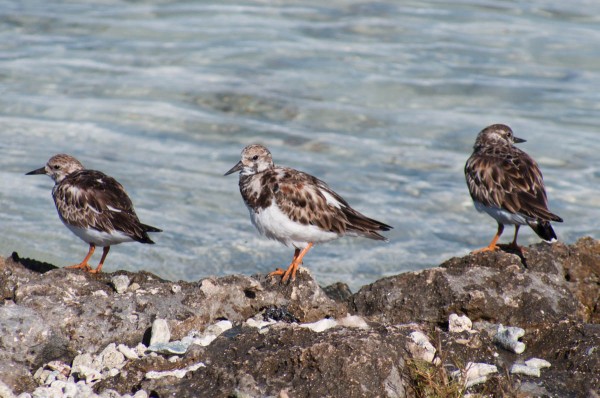 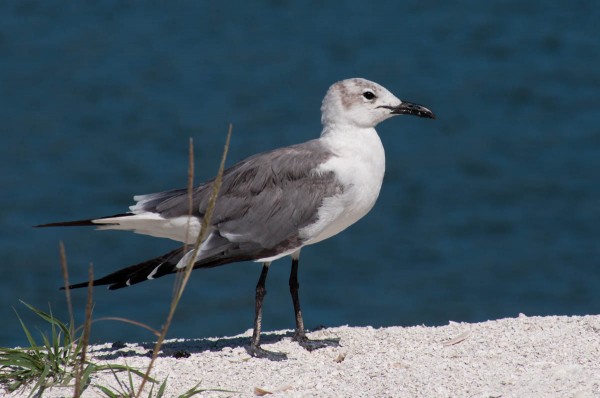 In this photo, piles of dry sargassum create a flowing band of sand around a Killdeer. 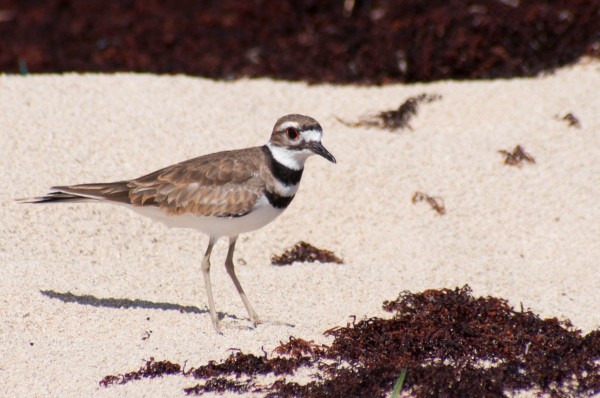 When using backgrounds to divide space, ideally you can create spaces that enhance the balance of the image and draw attention to the subject. You can see a clear difference in the two examples below. The Sandwich Tern seems to coast above the sloping hill (although the hill is actually far in the background), while the Great Egret is caught, a bit awkwardly, at the border of sky and hills. 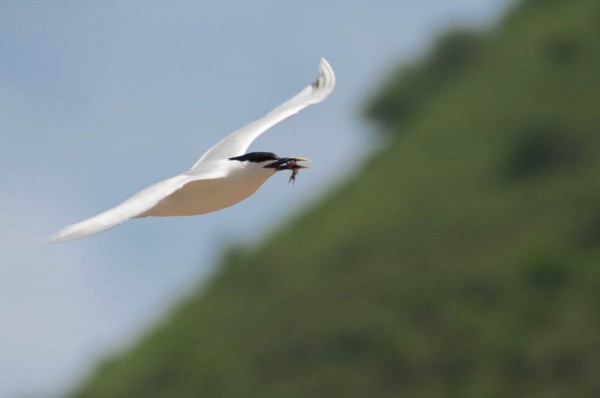 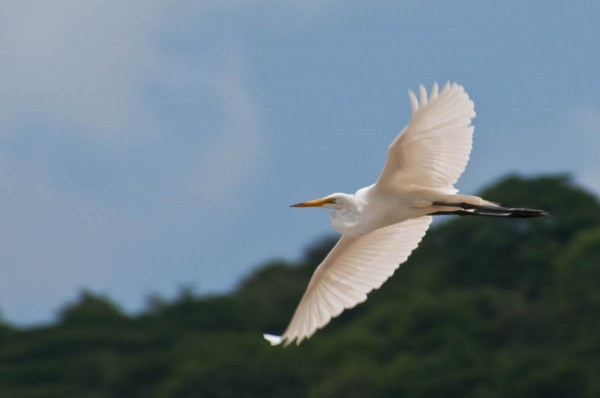 It is worth noting that I am not at the ninja level of bird photography, anticipating when flying birds may align with distant hills. But, whether you are moving or your subject is moving, look out for angles that showcase a bird in the right spot on a divided background.