Rules are made to be broken. At least, sometimes they are. Here are a few photos that break rules. Do they still work? Maybe, maybe not.

Stolen thunder. The gull in the foreground was in focus and meant to be the subject, but the one in back had other thoughts. The photo is okay as-is, but would be better if there were time to refocus on the rear bird and still capture that laugh. 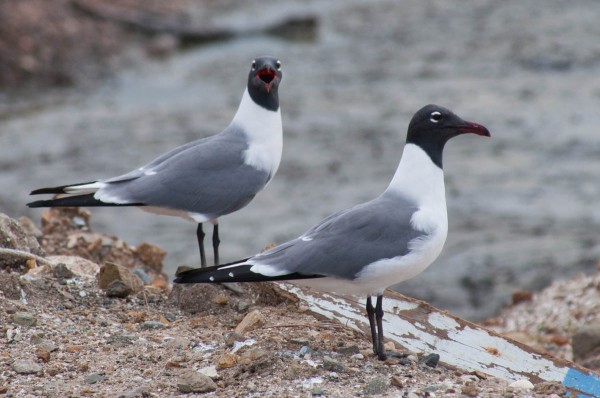 All bridesmaids. None of these egrets really grabs the spotlight. That’s not as noticeable because the setting on the old salt pan gives the composition some structure. 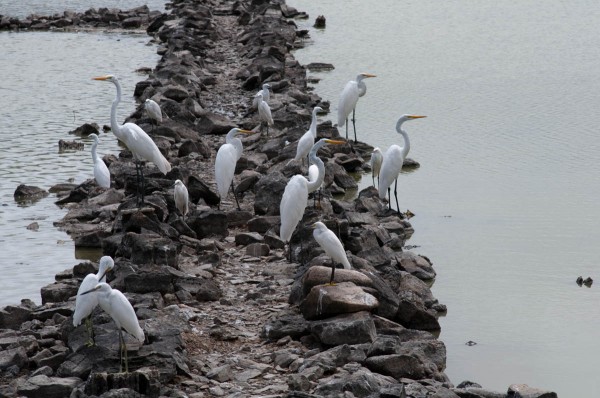 Ducks in a row. Of course, there are no ducks in this photo, but all the birds are in a row. Normally this makes for a flat and boring photo. Perhaps it does in this photo, too, but having several different species and the way the individual birds are looking left or right makes it at least a little more engaging. 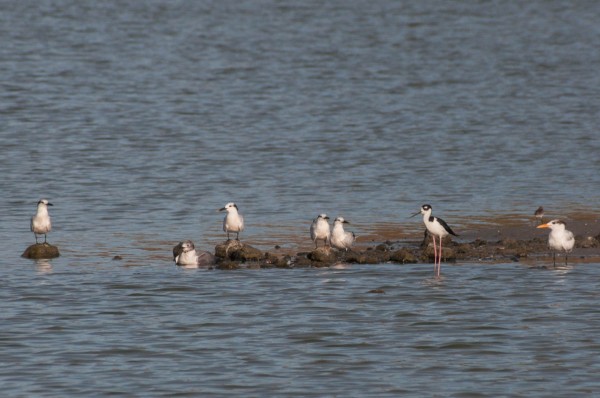 Good crop, bad crop. This photo had some potential, but it was there was too much going on around the edges. The first version is my original crop from a couple years ago. It was a bit of a mess, with a bird cut though the head in the upper left and a blurry bird in the foreground pulling attention from the would-be subject by walking the the opposite direction. While writing about it, I started to see a new crop, which is the second photo. The subject is restored to a position of prominence and the birds at the top get cut off in a way that is a bit less distracting. Not a masterpiece, but a solid improvement, I think. 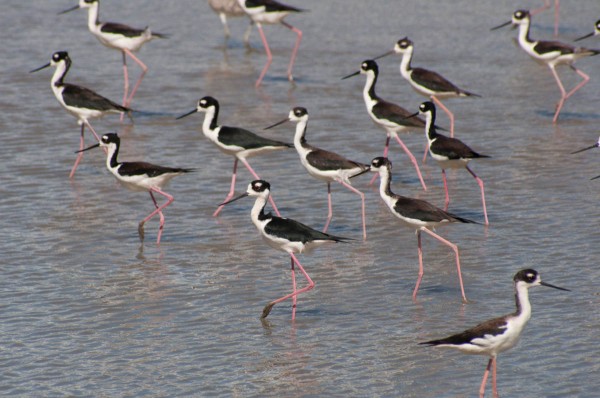 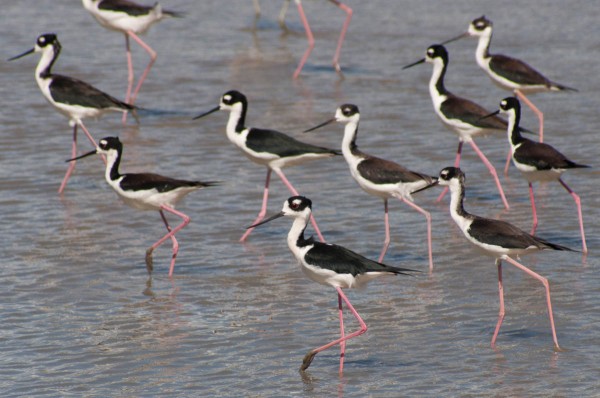