Whenever I am photographing birds, I take lots of photos. Even if it’s a bird sitting totally still, I may take five of the exact same shot because I’m usually near the limit of my equipment and often one of those five is going to be sharper and clearer than the others. Then I might change a setting or two and take five more of the exact same shot. If a bird is moving, I might take twenty shots to capture the moment a muddy foot comes out of the water or a beak opens to let out a cry.

I guess spray and pray is not an entirely fair way to describe this. It is a fairly deliberate process. I generally don’t take loads of photos of something I know won’t turn out well. On the other hand, I am hoping that one photo from the bunch turns out well and I usually don’t know which one it will be.

When photographing groups of birds, I take EVEN MORE photos. The chance of something being off is higher, and it is often impossible to be aware of what each bird is doing at each moment. Once you’ve composed your scene, taking loads of photos increases the chances that everything will come together in one shot.

Of course, there’s a method to this madness. As we know from the Bird Watch article, you should always have one bird that is the subject of the shot. There’s no point in shooting a lot when your primary bird isn’t cooperating, but there is good reason to take extras at that moment to get the best from your supporting actors.

I don’t have any examples of a full set because I delete perhaps 90% of the photos I take. But, for reference, here are three that I saved out of a group of 20 or 30. These were my favorites because in each shot, the birds worked together in different ways. The rest of the photos were all less interesting compositions, blurry or had other problems so they got tossed out. Surprisingly, these three images were all taken within 11 seconds, which should give you an idea of how many different compositions can happen almost instantaneously when you are photographing groups of birds. 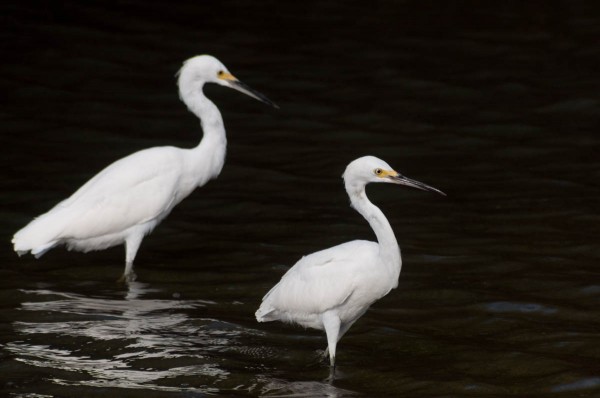 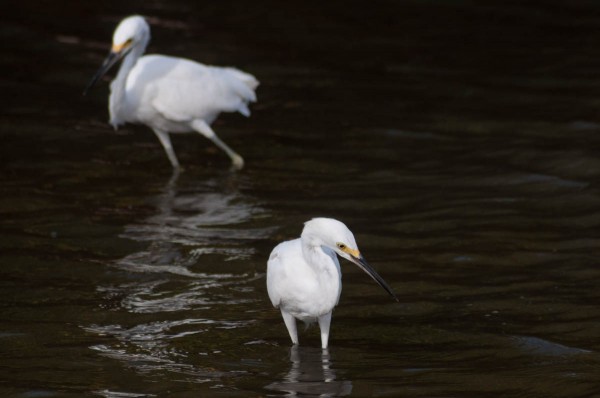 Whatever you do, you will probably want to take more photos than usual and review them after the fact to see which ones really work the best. It is impossible to be fully aware of what several or many birds are doing all at the same time, but you can take your time to compare photos after the fact if you are taking plenty of them.