2017 was a pretty amazing year for Les Fruits de Mer. Here are a few of the highlights. 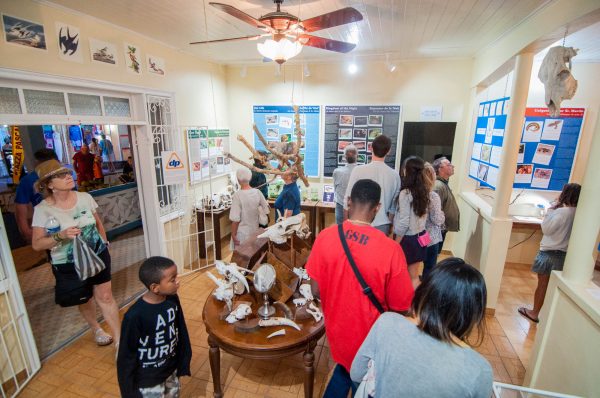 Our year started strong, with the relaunch of our pop-up natural history museum, Amuseum Naturalis. We remade all our exhibits with big, bright signage and added many new attractions. Special exhibits, including original whale paintings and the unsung heroes of Caribbean science took the Amuseum in interesting new directions. Over the course of the season we welcomed almost 9,000 visitors. The all-volunteer team ran the Amuseum during busy Mardis de Grand Case street fair nights and daytime classroom visits. 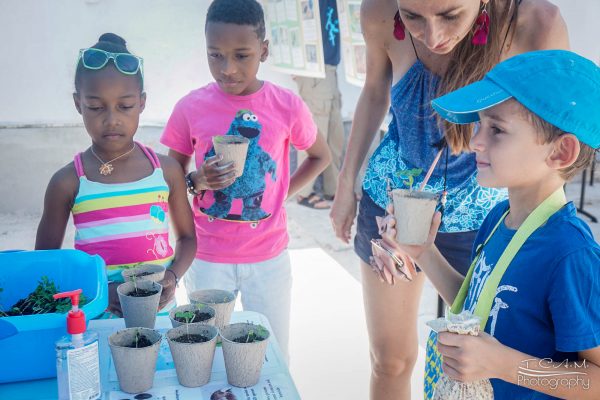 In April Les Fruits de Mer held the 4th annual Endemic Animal Festival at the Amuseum. It was a chance to see the unique animals that live only on St. Martin. The event also featured nature-themed art activities and giveaways of Gaïac seedlings as part of our Club Gaïac project. The next weekend members of the team also hopped over to Anguilla to volunteer at the 2nd Anguilla Iguana Day festivities. 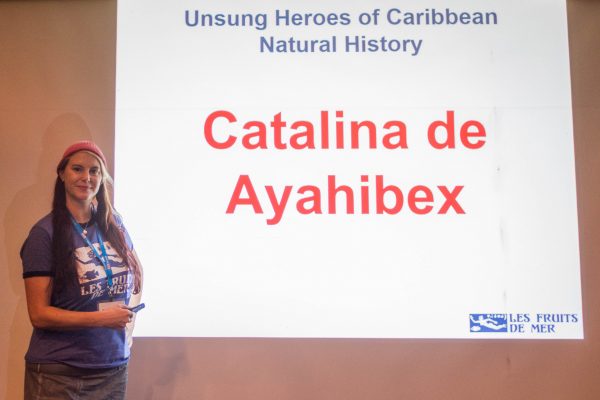 The team traveled quite a bit during the summer. Members visited Statia to film and research and Amsterdam to attend a conference about Maria Sibylla Merian, a groundbreaking scientist who did key work in the Caribbean. Jenn Yerkes and Mark Yokoyama gave presentations and led workshops at the BirdsCaribbean International Conference in Cuba and Jenn presented at the International Association of Caribbean Archaeologists meeting in St. Croix. 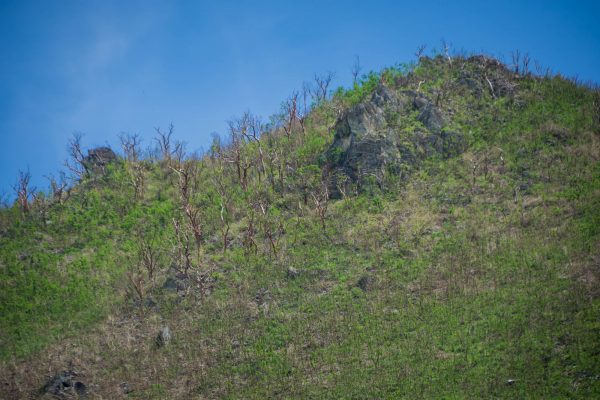 Hurricane Irma hit St. Martin in early fall, delaying most plans. The Fruits team worked to document the hurricane’s impact on nature and the subsequent recovery. Since the storm, Mark Yokoyama has been writing weekly columns in The Daily Herald about nature after Irma. The team has also produced a number of short films highlighting different aspects of the recovery. Our videos were viewed over 100,000 times in the last three months. In October, Marc AuMarc released the second album of Les Fruits de Mer theme songs, Fruits Around the World. 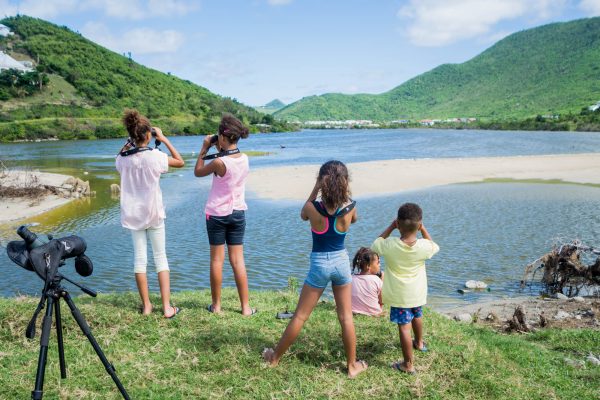 Les Fruits de Mer restarted public outreach with a bird feeder giveaway at Sky’s the Limit restaurant in October. The 5th annual Migratory Bird Festival was held in late November at Friar’s Bay. It was a fun event, with great activities and a super team of volunteers. The 2017 theme was Welcome Back! to both the migratory birds and the recovering habitats that they depend on. The 4th Heritage Photo Contest was also launched in November, with the theme Rebirth. Entries were accepted through the end of the year, with an exhibition to follow in early 2018.

The association is also very thankful for the generous support of friends and members in the final months of the year. Sarah Allen and Maël Renault collected donations. William Moore and Dr. Bronner’s Magic Soap also made donations. Jarrad Nunes included Les Fruits de Mer in his Cheer Project fundraising which drew support from many fine people. We were also incredibly grateful to have sponsorship support from local businesses for the Migratory Bird Festival despite the challenges that they are facing right now. This timely support made it possible for us to continue our work celebrating local nature and heritage at a time when it is truly important.

Thanks to everyone who helped make 2017 such a great year for Les Fruits de Mer, and we’re looking forward to an even better 2018!